What is a Closet Cleanse? 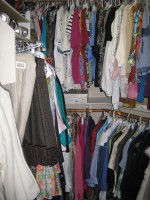 As closets go, this client’s closet was neat but, unorganized.

When a client asks me to assist them in a closet makeover the first step is I make an appointment to travel to their home. We proceed by my providing them with their personal color analysis. Then we go through their closet(s) and dresser drawers section by section, drawer by drawer…eliminating accessory items and garments that are outdated, have holes, stains, don’t fit or haven’t been worn in a year or more. 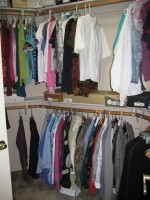 This is after the edit…prior to categorizing.

We send the unwanted items that are not stained or have holes to either a consignment shop or to a charity like Goodwill or the Salvation Army or  where they can utilize those particular items. And you get a tax deduction!

We make a list of the things we need to “fill in the blanks”…the next step is we go on our first shopping expedition.

If your closet needs help please don’t hesitate to call me for a face-to-face 30-minute complimentary consultation. 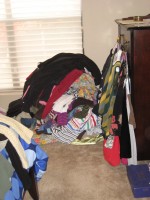 This was the give away stack.

Why not give a closet cleanse as a gift ? (Especially for someone who’s got everything!)

Sensitivity to Rejection Based on Appearance Bad for Mental, Physical Health… 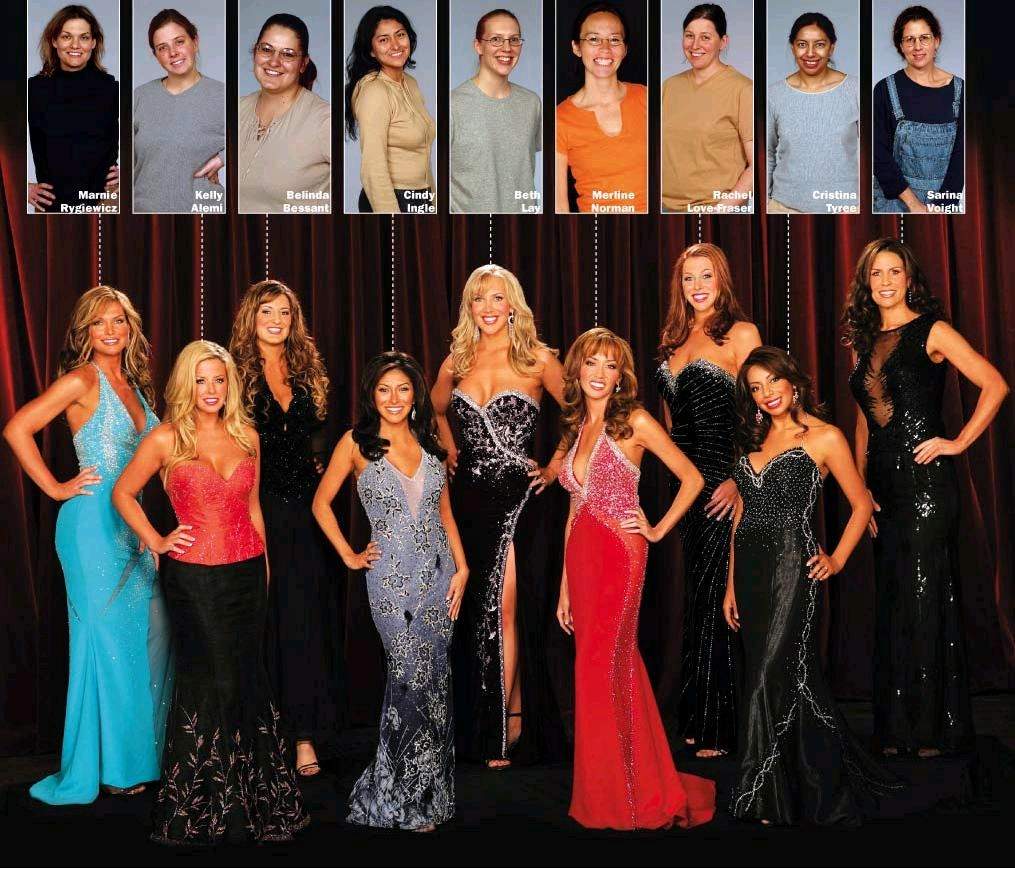 Three new studies by a University at Buffalo psychologist offer the first known evidence that some people anxiously expect that they will be rejected of others because of their physical appearance, and that this sensitivity, if not mitigated, has serious implications for their mental and physical health.

“Appearance-based Rejection Sensitivity: Implications for Mental and Physical Health, Affect, and Motivation” by Lora Park, Ph.D., assistant professor in the Department of Psychology, UB College of Arts and Sciences, reports on three of Park’s studies is currently in press for publication in Personality and Social Psychology Bulletin.

Park, who directs the Self and Motivation Research Laboratory at UB, describes appearance-based rejection sensitivity as a personality-processing system characterized by anxious concerns and expectations about being rejected based on one’s physical attractiveness.

Her research shows that when motivation for looking attractive is rooted in anxieties about being rejected by others, the consequences can be deleterious to health and well-being.  It also suggests that there may be ways to mitigate these negative effects, by having people think of their strengths or their close relationships with others.

In the first study, Park developed and validated an appearance-based rejection sensitivity scale (ARS scale) with 242 college students, to measure the extent to which people anxiously expected rejection from others based on their physical attractiveness.  She found that those who scored high in appearance-based rejection sensitivity were likely to have low self-esteem, high levels of neuroticism, insecure attachment styles, to base their self-worth on their appearance and to rate themselves as physically unattractive.

The study also showed that people who are highly sensitive to appearance-based rejection reported increased symptoms of disordered eating.

“Both men and women who reported being sensitive to appearance-based rejection were preoccupied with their body and weight in unhealthy ways.  They avoided eating when they were hungry, exercised compulsively and engaged in binging and purging,” says Park.

People with high appearance-based rejection sensitivity were also more likely than people low in appearance-based rejection sensitivity to compare their physical attractiveness with others and to feel bad about themselves when making such comparisons.  These results were found regardless of the subjects’ levels of self-esteem, attachment style, general sensitivity to rejection, neuroticism, self-rated level of attractiveness and the degree to which they based self-worth on appearance.

“These findings suggest different pathways through which people may develop and maintain behaviors such as excessive dieting, compulsive exercising, binging and purging, and comparing one’s attractiveness with others” Park says.  “Some people engage in such behaviors because they are ultimately worried about being rejected by others if they don’t measure up to looking a certain way,” says Park.

“For others,” she says, “the underlying motivation for such behaviors may be less about interpersonal anxieties and more about maintaining and enhancing personal self-esteem.”

In the second study, Park found that people with high levels of appearance-based rejection sensitivity reported feeling more alone and rejected when asked to list negative aspects of their appearance than when asked to think of a neutral topic (listing objects they saw in a room).  On the other hand, subjects with low levels of appearance-based rejection sensitivity were not negatively affected when listing aspects of their appearance with which they were dissatisfied.

“Simply having people list what they didn’t like about their appearance, whether it was their weight, their height, having acne or some other facial or body feature, was sufficient for people high in appearance-based rejection sensitivity to feel lonely, rejected, unwanted and isolated,” says Park.

If appearance-based rejection leads to negative outcomes, are there ways to attenuate these effects?  Park conducted a third study to examine this possibility.

Results showed that those who were sensitive to appearance-based rejection experienced lower self-esteem and more negative mood, but only when asked to think of an object in the room.

“Being reminded of an object in the room did nothing to improve people’s self-esteem or mood following the appearance threat,” Park says.

“However, a reminder of one’s strengths or close relationships was enough to reduce the damaging effects of thinking about negative aspects of one’s appearance,” explains Park.

“These findings,” she says, “emphasize the power of self-affirmation and of having close relationships in helping people cope with insecurities regarding their appearance.”

Park’s current lab research examines how threats to people’s sense of physical attractiveness, a domain with relevance for both self-esteem and belongingness concerns, affects their self-feelings and motivations.  Her studies also examine how the desire to satisfy self-esteem versus belongingness concerns affect symptoms of depression, disordered eating and relationship outcomes.

Park is the co-author of “Contingencies of self-worth and self-validation goals: Implications for close relationships,” published in “Self and Relationships: Connecting Intrapersonal and Interpersonal Processes”by In K. D. Vohs and E.J. Finkel (Eds.), 84-103, New York, and “Seeking self-esteem: Construction, maintenance and protection of self-worth,” In M. Leary and J. Tangney (Eds.), “Handbook of Self and Identity” 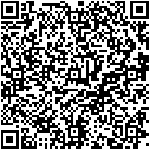 Connect with Annette On LinkedIn